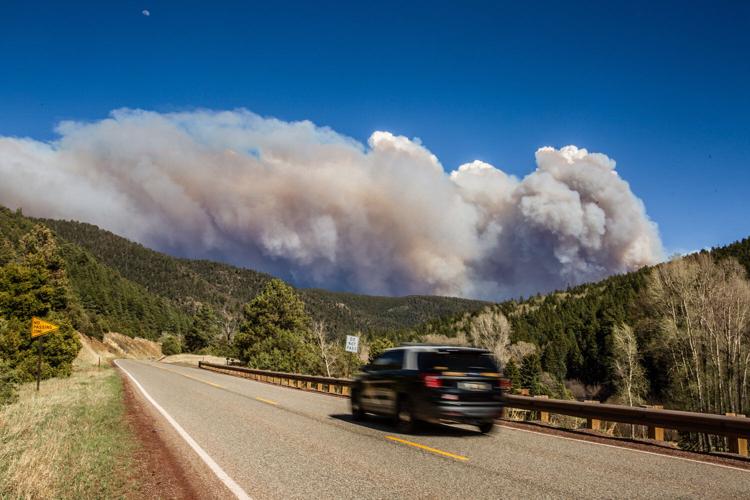 Sipapu has deployed its snowmaking equipment and firefighters are onsite to protect around Sipapu.

In anticipation of an electricity blackout, Sipapu is shutting down its computer servers, meaning guests will not be able to purchase season passes or update Power Kids passes. Sipapu urges guests email us at ski@sipapu.ski to request your season pass purchase. We will honor the first sale pricing during the time that our servers are down.

The Taos News has this report on activities at Sipapu:

In preparation for the approaching threat, Angel Fire and Sipapu ski resorts have deployed snow-making equipment to mitigate fire risk around their facilities and made their water resources available for firefighters.

On Wednesday, Sipapu staff began deploying snow-making equipment to spray water onto vegetation and soil in order to try and protect the land and structures…

“This will be a first for us; [Ski] Santa Fe did it about 10 years ago,” Bradley said of the relatively new fire mitigation technique, which Angel Fire first signaled its readiness to deploy last month, when the Cooks Peak Fire was approaching from the southeast.

If you would like to help communities impacted by the fires, including our neighbors in Mora, Tres Ritos, and beyond, please visit these websites: